I warn you this post is long, but to me it is fascinating. It started with the humble snippet above that came with our escrow paperwork. It was exciting to know that the house was THAT OLD, and that we knew the name of the (probably) original owner. Saloon?! Was our house a saloon? No, it was just the owner’s stated business. I started searching on archive.org and found enough information to get me hooked. Hooked enough to pay for an Ancestry.com membership. There’s a lot of confusing information out there* but these are the things I know for sure:

1870: Frederick Brandt was working for his father, Conrad, a grocer at 417 3rd St, San Francisco (less than a block from where I work now). Seems like a successful working-class family.

1881: Frederick is listed as a grocer living (and working?) at the same address. Probably took over the family business.

1884: Alameda directory listings have no mention of Mr Brandt.

1886: Mr Brandt appears on the voter registration in Alameda, but no street address. There may not have been a house here at that point.

1887: Frederick Brandt now runs the Chicago Beer Hall with John Hencken. I’m guessing Hencken was an uncle or cousin – Brandt’s mother’s maiden name was Hencken. The bar is just down the street from the location of his father’s store.

1889: Check out the directory listing for his residence:

He was here on this spot, but this was before there was even an *address*!  Also for the locals, 9th Street used to be called McPherson. If you’re interested in what Alameda had going for it in 1889, check this out.

1894: Frederick Brandt is arrested for murder.

END_OF_DOCUMENT_TOKEN_TO_BE_REPLACED

I’m so excited! I’ve been researching the original owners of our house and I’ve just had a breakthrough. I think I know how the property first changed hands and who the proud owner of the 1930’s stove in the basement was! I’ve been working on a post about it and it’s not ready yet, but I had to share my glee. I started writing the post more than a month ago, but the more I look, the more I find and I’m not done yet. I don’t know why unraveling this mystery gives me such a thrill, but it does. 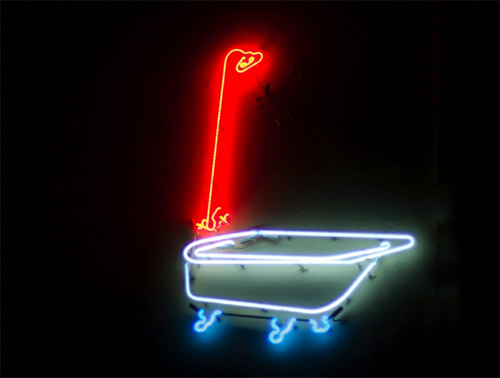 It’s not much yet, but I think we’ve settled on a general layout for the bathroom renovation. Is it a renovation when you totally change the layout? I don’t know. You know how it’s laid out now? Let me refresh your memory.

The purple areas are not bathroom space. Closet makes sense, storage makes sense, but the laundry room layout and walled-off closet are CUCKOO. So idea #1 is to remedy the awkward waste of space, idea #2 is to get me a bathtub I can use, and idea #3 is to have a bathroom free of leaks and 60 years of other people’s crud. We’ll lose some storage, it’s true. But we’ll add some on either side of the sink, and we have a lot to begin with. Yes it’s weird that our sole bathroom is right off the kitchen, and that’s why I think they had the 2-door entry, but it’s just a waste of space. And the toilet area is so secluded that it might be able to be made into a water closet.

Now that we have this very preliminary floor plan we can start talking to contractors and see how much this insanity is going to cost, and when we might be able to afford to do it.